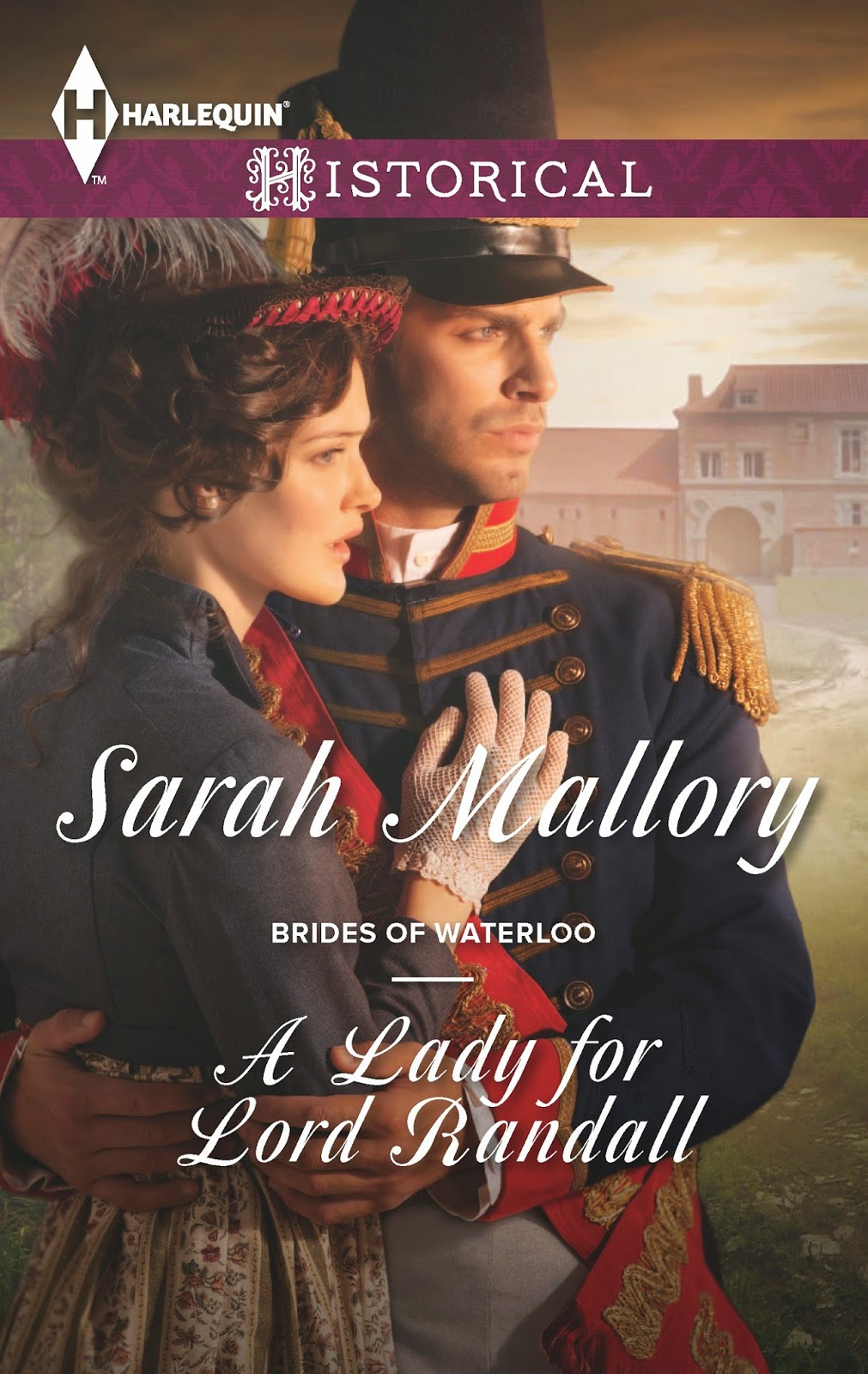 With the imminent publication of my latest Sarah Mallory novel, A LADY FOR LORD RANDALL, I thought you might be interested to read a scene that isn't in the book.

You can find details of the book and read the opening chapter where my hero, Justin, Lord Randall, meets the independent Mary Endacott on Mills & Boon's website but the scene below is set just before the opening in the published book, when Randall arrives at the house of his delightful sister Harriett.

So, if you would like to know a little more about Randall and his family and the infamous Randall's Rogues then read on ...

As soon as his baggage arrived Randall went off to his bedchamber to bathe and change. His man Robbins laid out his coat and fresh linen on the bed while discreet house servants ran to and fro in the adjoining dressing room filling a hip bath with hot water. Fires burned cheerfully in both rooms and drove off any lingering chill. He might not like the style of the house but he had to admit that it was very comfortable. His mother had been outraged when Harriett had returned from school with her head full of independent ideas and declaring that she wished to make her own way in the world and would never marry. It was a relief therefore when, three years ago, she had fallen head over heels in love with Theophilus Graveney. He had a comfortable independence and Lady Randall was too pleased to see her daughter respectably married to protest at her new son-in-law's rather unconventional views. They had lived happily in Sussex ever since, aware but unconcerned that most of Harriett's family disapproved of the match.
For his part, Randall had no objection to Graveney. The man was forty, a decade older than Randall and they had very little in common, but Graveney made no effort to ingratiate himself with the family and was not afraid to speak his mind. Randall respected that, and was content that the fellow could support Harriett and make her happy.
Dinner was excellent and Randall's only regret was that he and his brother-in-law could not linger over the brandy. It seemed that they had hardly finished the first glass when they received a message that Mrs Graveney had sent for the carriage.
'Thank you, Lewis, tell her we will join her directly.' Graveney pushed himself to his feet. 'We have been summoned,' he said with gentle humour. 'Come along, my lord. It is time for you to, er, do the pretty.'
'Must I?' murmured Randall, following his host to the door.
'But of course, my boy.' He added, as they crossed the hall, 'She is very proud of you, you know.'
'Harriett?'
'Yes. She likes the fact that you followed your grandfather into the artillery and that you were chosen to set up your own troop.'
Randall laughed at that.
'Thieves and villains, most of them!'
'I know. Randall's Rogues.' Graveney chuckled. 'Men it is impossible to place elsewhere. If you had not taken them most would have been hanged by now. You have turned them into a crack unit. From the despatches I read in the newspapers they acquitted themselves well in the Peninsula.'
'They are all good artillerymen.'
'They have a good Colonel.'
Randall shrugged.
'I demand only two things, unquestioning obedience and loyalty,' he said as he climbed into the coach and sat down beside his sister. 'They give me that, and I look after them.'


If you have read this far I hope you have enjoyed this snippet! Do leave a comment to let me know what you think. And below are the covers of the next two books in the trilogy: