THE NEXT BIG THING

Gwen Kirkwood (http://www.gwenkirkwood.blogspot.co.uk) has invited me to take part in a blog event entitled THE NEXT BIG THING - a series of questions and answers about what’s happening next in my writing life – thanks Gwen, and here goes! 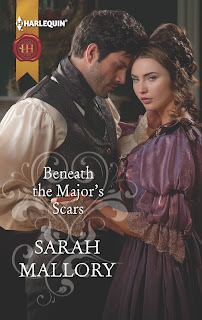 What is the title of your book?
Beneath the Major's Scars
How did you come by the idea?
I wanted to write about twins as heroes – Dominic is the younger twin – his brother Jasper features in Behind the Rake's Wicked Wager, which is published in January 2013
What genre does your book fall under?
Historical Romance
Which actors would you choose to play your characters if it were a movie?
Oh heavens, when I visualise my heroes they are always a mixture of lots of different actors, but maybe to play Dominic Coale, the scarred Major of this book it could be Chris Hemsworth (Thor, Avengers Assemble) or Hugh Jackman.

Zelah is dark and petite but with an inner strength – she could be played by Madeleine Stowe, perhaps, or Anne Hathaway…
What is the one-sentence synopsis of your book?
Beauty and the Beast scenario, set on Exmoor
Will your book be self-published or traditional?
Traditional, published my Harlequin Mills & Boon in December 2012
How long did it take you to write the first draft of your manuscript?
I have been toying with this idea for a long time, and since I have been researching and reading about the Regency period for decades now, I was able to write the first draft in three months, then another month to polish.
What other books would you compare this story to within your genre?
In the wider context this is a romantic adventure story, like Lorna Doone, but within the genre of historical romance, I suppose it might be comparable to the dark brooding heroes of  Annie Burrows (Devilish Lord, Mysterious Miss or A Countess By Christmas).
Who or What inspired you to write this book?
First of all, the scenery of Exmoor. A holiday there one autumn sent me home with dozens of ideas (one of which was published in December 2011 as "Snowbound with the Notorious Rake"). Also, having twins myself, I have always wanted to write about twins – two identical men with very different personalities.
What else about your book might pique the reader’s interest?
This is a story of two damaged people coming together and learning to love and to trust again. It is a romance, but with a dash of adventure, too, with scenes set on the wilds of Exmoor and on the dramatic north Devon coast.

So thanks for dropping by!  The following authors will pick up THE NEXT BIG THING baton next Tuesday, 4th December:- 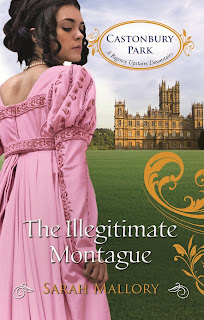 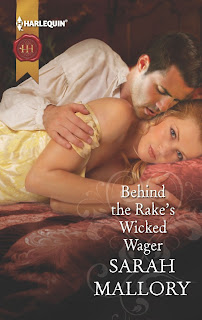 No 5 in the Castonbury Park Series - "The Illegitimate Montague" is out now  and "Behind the Rake's Wicked Wager" - out January 2013
Posted by Melinda Hammond/Sarah Mallory at 07:41 6 comments: